I've been a big fan of Google Apps for a long time, and wouldn't go back to Exchange for all the money in the world. But Apps has had its issues. One of those, for me, has been how group membership is handled.

Groups in Apps can be used for two things: distribution lists, and permissions. You can send an email to a group, of course. You can also invite groups to Google Calendar events, and share documents and folders with groups in Google Drive. 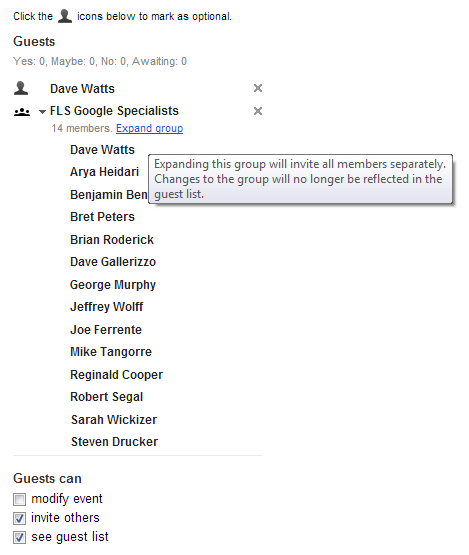